The Importance of Breeding Bulls & Horses to the Spanish Tradition 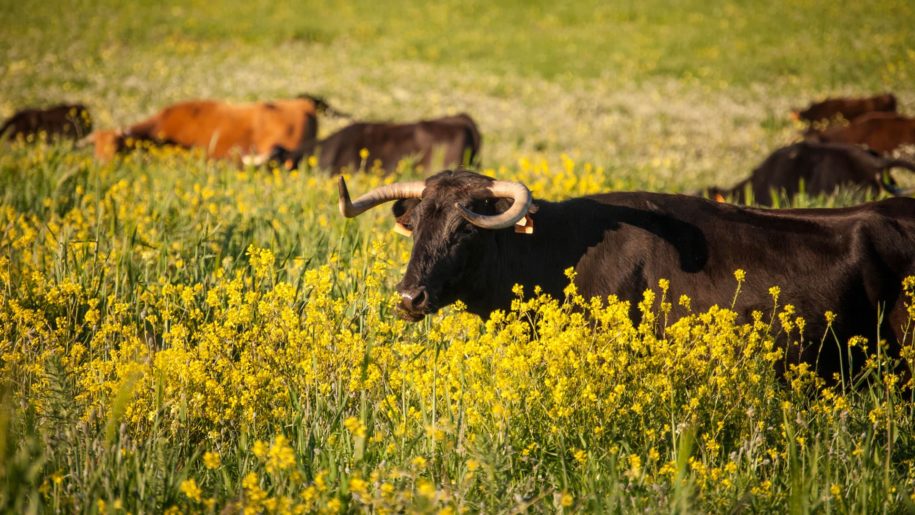 We show you an interesting article about the personal experience in Reservatauro from Valentin Brillanceau , marketing director of the  School for foreigeners Entrelenguas

On the course of my last six months in Spain, I had the wonderful opportunity to visit a considerable chunk of Andalusia. On this quite intense trip, I happened to set foot in the lovely city of Ronda. There, my main purpose was to immerse myself into the true Andalusian culture through sustainable tourism. With the will of leaving a written account of my visit, I fancied writing the article you’ll find below. This article deals with my experience in this breeding farm of fighting bulls and pure Andalusian horses aka. Reservatauro. I found this place to be full of interesting cultural anecdotes and can proudly say that this is one of my best experiences in the South of Spain. I enjoyed a nice guided tour in the heart of the Sierra and discovered more about fighting bulls, one of Spanish tradition’s key symbols.

Reservatauro represents the long history and Spanish tradition of breeding bulls and horses in a natural and organic environment.

This breeding farm of fighting bulls and horses originates from Rafael Tejada’s project.

Rafael didn’t grow up in the countryside; he is the son of teachers, and after studying engineering in Madrid, he carried out his professional activity in the real estate sector. At 33 years old, he decided to make his dream of becoming a bullfighter and owning his own bull farm a reality. In 2011, he bought a church estate, a symbolic chapel built with stones dating from the seventeenth century, and built on this site for his project. The land area of more than 200 hectares is declared as a biosphere reserve by UNESCO and Reservatauro strives to follow a strict philosophy of respecting the environment as much as possible. Here, the farming of bulls and horses is carried out with the utmost respect for the animal; whether it’s regarding food or the development of the animal.

The grounds of the Reservatauro boast a bullring made solely from local stones found in the area and like in many Spanish plazas the sand originates from Seville. The plaza, built in 2011, is different from others found in Spain because it is not a sacrificial space; it is a learning space in which the breeder studies the behaviour and qualities of the bulls.

The selection of bulls for the ring is not made as a result of their physique but based on their character and personality. In fact, a very strong relationship is created between the bulls and the breeder because each breeder has their own selection criteria, depending on their personality. Some breeders prefer the bulls to be more aggressive, and others prefer the bulls to be more agile but the most important characteristic for the breeder is their courage. In fact, Rafael has more than 200 bulls and knows all of them by name.

In relation to the selection of mother cows, courage is also the most desired quality. It is said that by two years old, the cow´s temperament has fully matured. As a result, the breeders will select the fiercer cows so that they can breed them to give birth to courageous calves. They continue to use this method so that the genetics of the animals remain unchanged, but of course, some young cows are also bought to prevent interbreeding. They use 65 cows and just 4 bulls for breeding. Every year, one male bull is commissioned to inseminate 60 cows; only one bull is chosen for every group of cows because it’s very important to know who the father is. In this way, we are able to know if the selection works or not.

When the calf is born, the breeders do not separate it from the mother straight away; Reservatauro allows the calf to spend its first year at its mother’s side. After this, the calves are separated by age and sex so that they all get their appropriate nutrition.  In order to feed the animals as well as possible, many green oaks are dotted around the pastures.  During autumn and winter, the animals are fed acorns, a food very rich in protein. However, during spring and summer, herbs and small buds form the bulk of their daily food. This diet ensures that the animal’s intake is 100% organic, and this continues throughout their life.

Also, it is important to know that you cannot train a bull to fight. A fighting bull will enter the plaza only one time in their life. The practice of the bull-fighting is based on “fooling”. The bull fighter has to stay as calm as possible whilst also controlling the bull with the muleta’s (typical bullfighting cloth) movements. The color of the cloth is not important because bulls don’t perceive colors. At a given moment during the fight, the bull learns and realizes that he is being fooled. This means that if he ever returns to the plaza, he will directly attack the bull fighter.

To conclude, Ronda is a typical Spanish town, in which traditions are proudly represented, always respecting the environment. For example, year on year there is more interest in slow tourism through the growth of guided tour of Ronda,  the slow food movement and the wine tasting in Ronda. Reservatauro is a place where the Spanish tradition of the breeding of bulls and horses is represented in a sustainable manner. As you now know, the breeders look after the bulls and cows with the utmost care. After careful selection of their diet, habitat and family environment, Reservatauro ensures that the calves and bulls grow up to be strong, fierce and above all, happy.

This website uses cookies to improve your experience while you navigate through the website. Out of these, the cookies that are categorized as necessary are stored on your browser as they are essential for the working of basic functionalities of the website. We also use third-party cookies that help us analyze and understand how you use this website. These cookies will be stored in your browser only with your consent. You also have the option to opt-out of these cookies. But opting out of some of these cookies may affect your browsing experience.
Necessary Siempre activado
Necessary cookies are absolutely essential for the website to function properly. This category only includes cookies that ensures basic functionalities and security features of the website. These cookies do not store any personal information.
Non-necessary
Any cookies that may not be particularly necessary for the website to function and is used specifically to collect user personal data via analytics, ads, other embedded contents are termed as non-necessary cookies. It is mandatory to procure user consent prior to running these cookies on your website.
GUARDAR Y ACEPTAR